In my Saturday community day session at SQL Bits I mentioned an article by Linchi Shea from the sqlblog site in which he demonstrates that the overhead of 100% foreign memory access does not incur the drop in query throughput you might think. The article can be found here. This got me thinking, what if you were to re-produce a similar test with the in-memory OLTP engine, given that we have zero overhead for locking, latching and zero overhead for interpreting the SQL language, would the effect of remote memory access be more pronounced ?.

To recap on what NUMA is, NUMA is the abbreviation for non-uniform memory access, essentially each CPU socket has its own private memory bus to its own bank of memory. SQLOS is NUMA aware and create a memory node for each NUMA node: 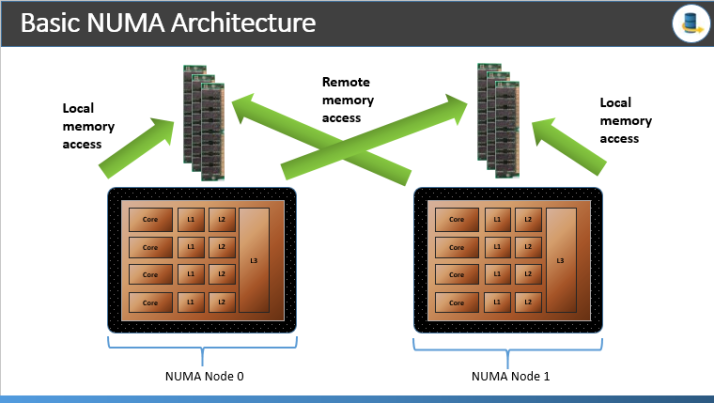 The rationale for NUMA existing in the first place is that prior to this all CPU sockets shared a single memory bus, as the number of CPUs in a server increased, so did the pressure on this single bus thus impeding scalability: 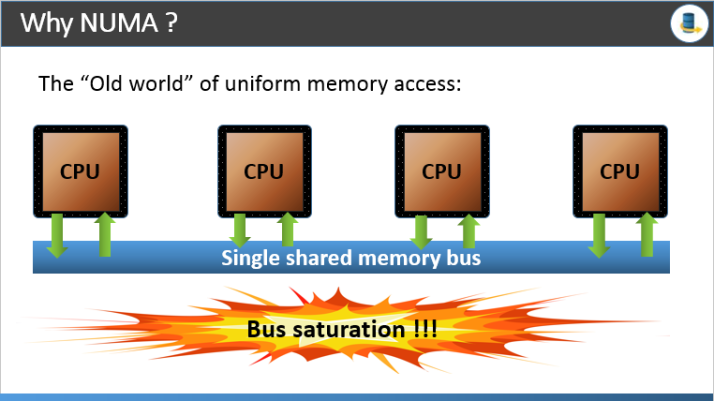 This is my test server:

Using this I’m going to carry out three tests:

I’m going to use ostress from rml utilities to fire off ten threads and this is the code I will use:

Some code will be required to perform the actual inserts, two procedures in fact, a ‘Driver’ procedure:

and a procedure to perform the actual insert which is invoked by the other procedure:

So as to ensure that the environment is ‘Clean’ each time a test is run the database engine service is stopped and started before hand, also I ran each test twice in succession, here are the results: 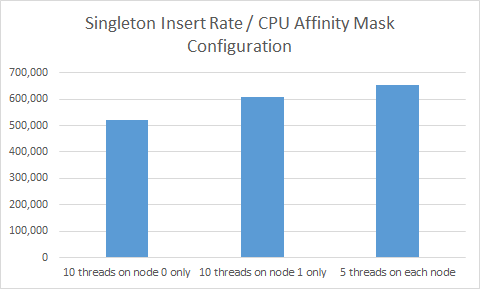 This Microsoft article gives mention to NUMA imbalance, again thanks to @sqL_handle for bringing this to my attention, it is something I need to investigate in order to determine whether this turns my original prognosis on its head. Luckily I have some ideas as to how windows performance tool kit might prove / disprove this. I have only skimmed the article, as such I am not aware what its opinion is regarding the placement of data when the CPU affinity mask is altered.